A local religious radio broadcast that has been running for 70 years conjures up images of when families sat around the living room listening to the old vacuum tube radio, playing with the tuning knob and antenna to reduce the noise. static electricity and squeaks, until it is at its best. he could on the station.

Even though the message and the music haven’t changed much over the decades, the radio technology and the way the show is produced has outgrown it.

Ivan Butler has been the show’s program announcer for over 40 years. It saw the transformation from hand-splicing large reel-to-reel tapes that were hand-delivered to the station, to digital files edited on a computer and mailed. 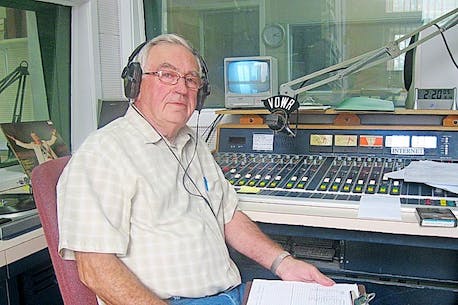 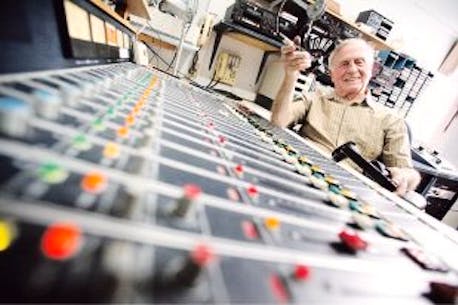 Butler said they are always encouraged by the comments they receive from people who listen directly to the show and from others they meet in their daily lives, through professional or personal functions, who mention that they listen to the broadcast. And that motivates them to continue the program.

“For some, it’s the only church they know,” Butler said. “I don’t know if I can explain why this continues…your large demographic is probably over 50, but the over 50s who were listening 70 years ago are long gone, as are those who were probably listening since 20 years since.As one cohort moves out, another moves in, and if that will continue after this tech-savvy generation begins to age, we’ll see.

“I don’t place a lot of importance on longevity, it has to be relevant. The gospel is timeless, it speaks to all ages. Longevity is never an achievement in itself, it’s great, but not in itself, you have to stay relevant. There is a constant effort at all times to talk about the issues of the day, to stay in touch as much as possible and to be sensitive to how (listeners) want to hear the gospel.

The 30-minute show is produced and funded by the Elim Pentecostal Tabernacle in St. John’s. This cost of producing the show which reaches approximately 25,000 listeners across the province each week is borne by the church congregation. And that cost runs into the thousands of dollars a year.

Reverend Fred Penney, senior pastor at Elim, delivers the message on the recorded radio broadcast from his office in the church. He said the show was part of the identity of Elim which itself began in St. John’s over 100 years ago – first in a downtown building, then on Casey Street, and later on Ropewalk Lane and the present church building on Kenmount Road.

“We’re like the original Pentecostal Church in Newfoundland and Labrador that goes way back,” Penney said. “My great-grandfather helped start this church.

“I used to listen to ‘The Old, Old Story’ as a kid and teenager, and my dad listened to it. So now, in a sense, this institution has been given to me, if you mean that, and it’s not It’s not just that — we’re in charge of the gospel, and that’s obviously the greatest value we have. And we want to represent the gospel well and we want to represent ‘The Old Old Story’ well.

“The Old, Old Story” is heard on 13 VOCM affiliates across Newfoundland and Labrador and features a gospel message and music. If listeners miss an episode, they can simply go to the church’s website and replay it. It was not an option 70 years ago.

Butler said the response they’re getting to the program continues to show there’s a need, and that’s why they’re continuing to produce it.

“There is always a responsibility to be shared and whatever platform that may be. I’m sure there are a lot of new platforms it’s being shared on, but the gospel must be told or it’s not the gospel at all. The church ceases to be the church when it ceases to spread the message and when I say the church I am not talking about a denomination or a building, but the church being the body of Christ on Earth .

Penney said “The Old, Old Story Radio Broadcast” is trans-denominational in that the listeners who speak are of all faiths or affiliated with none. People contacted him, from fishing boats on the Grand Banks, to a lady who called just to say she was teaching her mother at school, to her former high school English teacher.

“A lot of people who call to pray or just to say something about the program, often they start by saying ‘now I’m not Pentecostal but…'” he said.

“Newfoundland has a bit of a history of denominational division, of partisanship, and we notice that ‘The Old, Old Story’ crosses all of those boundaries. People are listening from all walks of life and from all traditions and I think that’s a very beautiful thing.